Scion introduced its micro-subcompact concept car at the Javits Center, perhaps the ideal location to reveal a concept that is aimed at a young, urban consumer — a micro-subcompact is most appealing in an urban setting such as Manhattan. 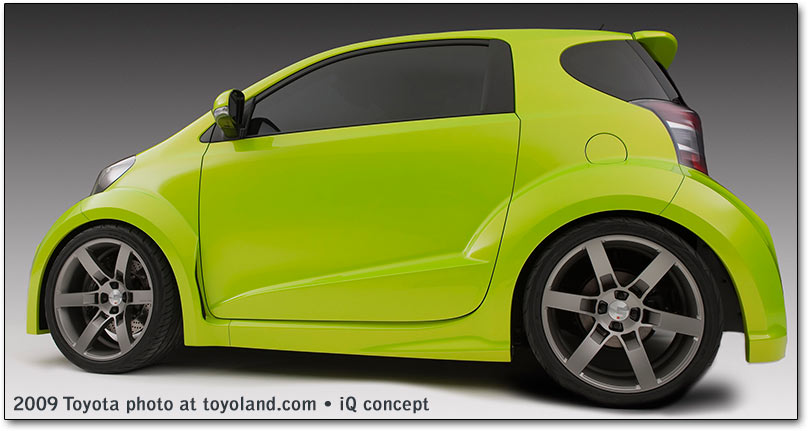 Can we really call this a Scion concept? The Toyota iQ concept was introduced at the 2007 Frankfurt Auto Show. The iQ went on sale in Japan in October 2008 and in the UK in January 2009. Now, the iQ is being touted as a Scion concept car at the 2009 NYIAS.

Scion Vice President Jack Hollis stressed that the, “Scion concept . . . is innovative and intelligent, but this 'i' in iQ stands for individuality,” crediting Five Axis of Huntington Beach, California. This color, “Radioactive,” changes from yellow to green depending on the angle it is viewed from. 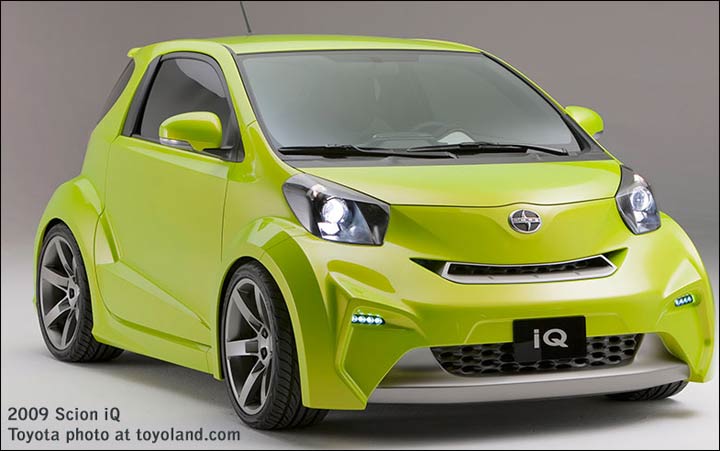 Changes made to the Scion version appear to be mostly minor cosmetic changes. It's just a little bit longer with larger tires- 18-inches instead of the Toyota iQ's 16-inch tires. Scion has added all of the electronic gizmos that make a car a personal statement and entertainment center instead of simply a way to travel. A retractable 10-inch panel LED screen in the center of the dash provides navigational assistance as well as entertainment for driver and passengers. It will show movies while parked and retracts at the push of a button when not in use. 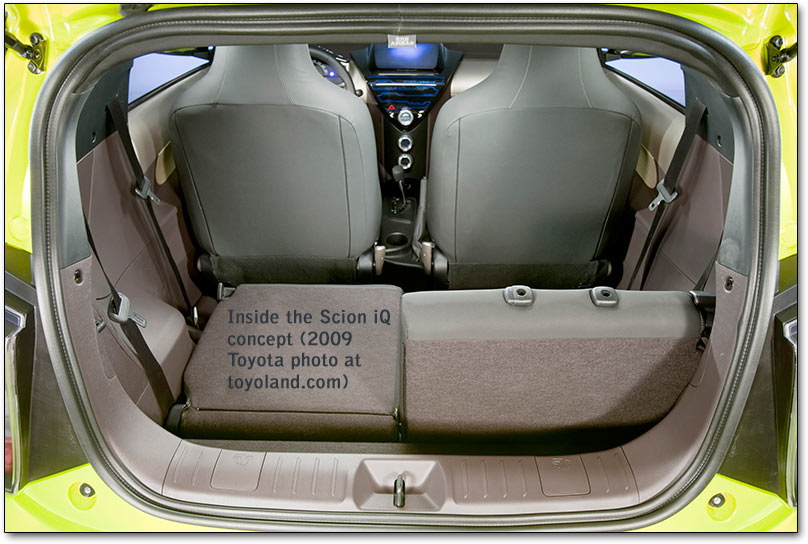 Still, Scion claims that it will be at least a year before they would consider putting the iQ into production in the US. Although the Toyota iQ gets 5-star crash ratings in Europe, it needs to be re-designed to meet more stringent US standards. Citing these redesigns, Mr. Hollis refused to offer a potential price for the iQ, stating that the pricing would be, “competitive.”

In the UK, the iQ starts at roughly $14,000. Toyota has moved the iQ rather quickly from a concept vehicle in 2007 to a production vehicle by 2008. The micro-subcompact market is a relatively new market- particularly in North America. Currently, the SmartForTwo is the only vehicle sold in the US that would qualify. 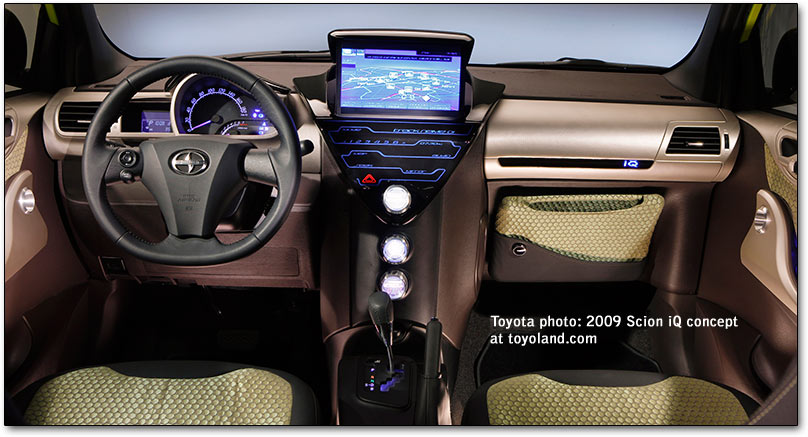 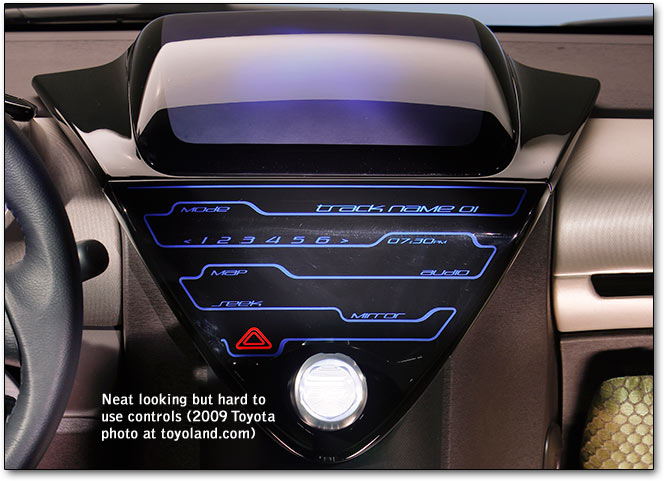 All that aside, there is a rush to get into the micro-subcompact market. The SmartForTwo has been selling steadily in the US, typically with waiting lists for customers. The Toyota iQ moved quickly into the Japanese and European markets and industry insiders expect the iQ to be available in the US by 2011. It is, in fact, a stroke of marketing genius to package the iQ under the Scion banner for US sales. Scion- representing young, hip, urban buyers- is the perfect marketing tool for a new class of car in the US.

Scion will have to hurry, though, if it wants to be at the front of the pack. Volkswagon has already fast-tracked a micro-subcompact called the VW Chico that it intends to sell in the US beginning in 2012. That gives Scion just one year to muscle ahead of Mercedes and its SmartForTwo before Volkswagon begins competing for a share of the micro-subcompact pie.

Many think that the entire micro-subcompact class of vehicles is hideous. There are any number of derisive comments that are elicited by the mere sight of either the SmartForTwo or the iQ concept. However, the rush towards building these cars represents a new shift in our thinking about cars. Those old enough to remember can think back to the 1970s when a similar shift began. When Grandma traded in her Plymouth Fury III for a Honda Civic, everyone said, “$8220That doesn’t even look like a car!” It didn’t take long before the compact Japanese imports began to replace the big American cars on Americas highways- and we all know what happened to the companies that resisted the change.