With a crowd of about 300 journalists gathered in the in the dark, but loud, Special Events Hall of the Javitz Center, Bob Carter, Lexus Group Vice President and General Manager, introduced the 2008 Lexus  LX 570.

The car boasts a new 6-speed, sequentially shifted transmission. The combination of the upgraded chassis and suspension system raises the towing capacity to 8,500 pounds.

Other new features are a four-wheel electro-hydraulic suspension with Active Height Control.  This new cross linked sys allows each wheel to not only react to the driving surface that’s it’s in contact with but also to react to what the opposite wheels are doing.  The new suspension system senses chassis roll and reduces that roll by more than 30%.

For improved aerodynamics, at highway speeds,  the vehicle lowers by nearly an inch in front and by ½ inch in the rear/
The LX 570 also features Craw Control which is the capacity to use throttle and brake to automatically maintain appropriate low speeds. Carter called this “cruise control for rough country”  the LX 580 features a multi-terrain ABS designed to reduce stopping distances on sand and gravel.

The interior of the LX 580 includes climate –controlled from and rear seats, a 19 Speaker  - hard disk drive audio system. The sound system has the ability to store up to 2,000 songs. Other features include a nine-inch screen, sonar part assist and a Pre-Collision System with Adaptive Cruise Control and Lexus Link (OnStar).

The LX luxury package features a cooling box up front in the center console and a Smart card key.  The steering wheel option includes wood.

The cars safety features include an Active Front Headrest and 10 standard airbags; including driver and front passenger knee airbags, second –row seat-mounted side airbags and a third-row curtains. Another new safety feature is the blind-corner monitor.  Cameras are located within the grille looking forward, and under the passenger side-view mirror looking down and back, to eliminate blind spots and protect not only from car-to-car accidents, but from car-to-child driveway collisions. 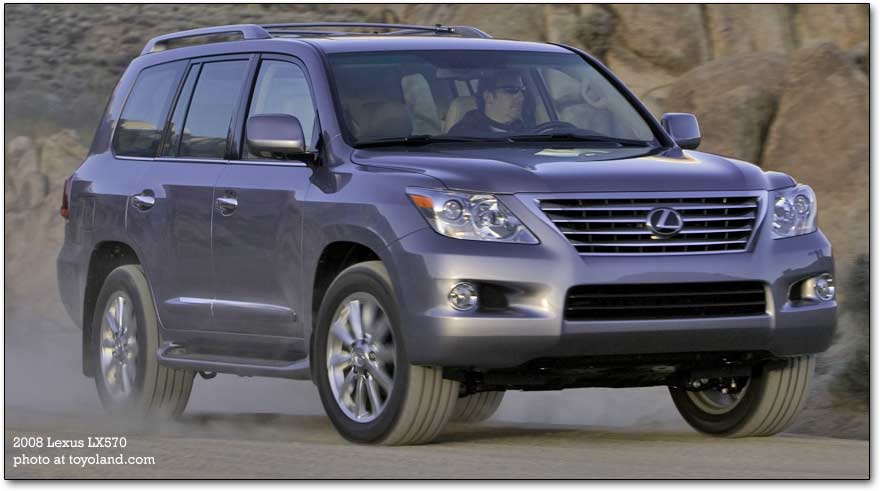 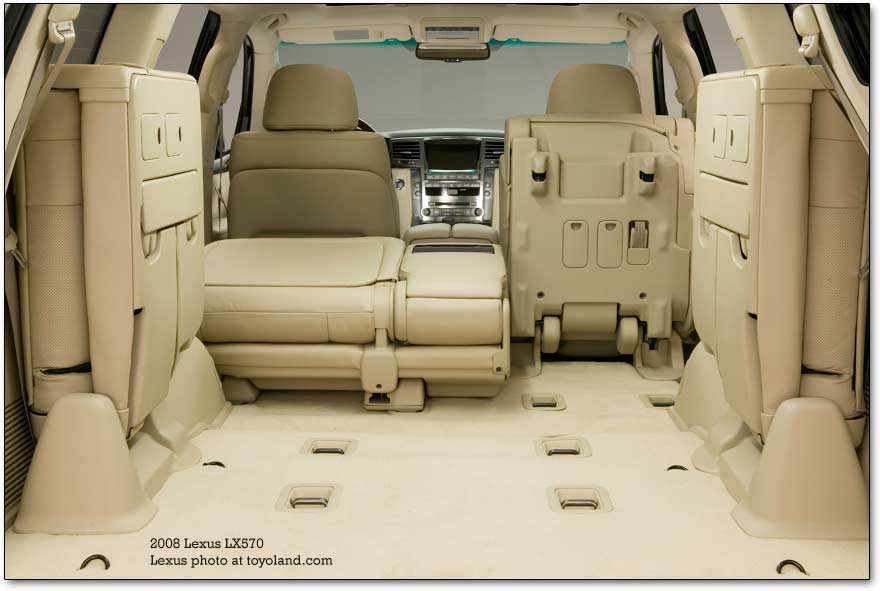 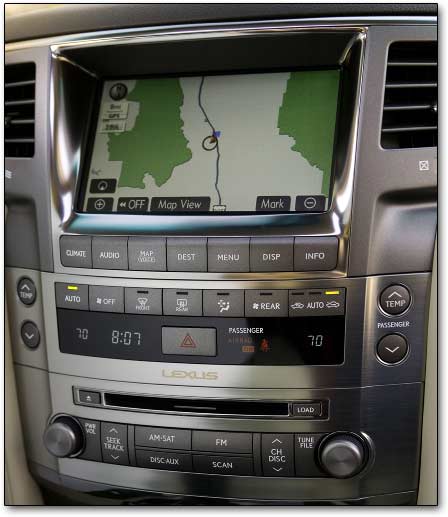 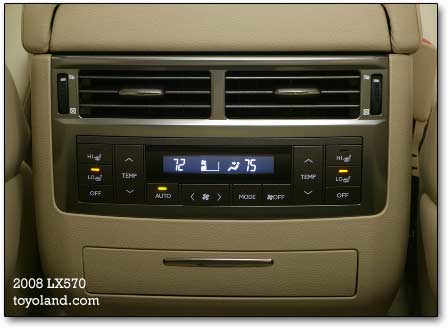 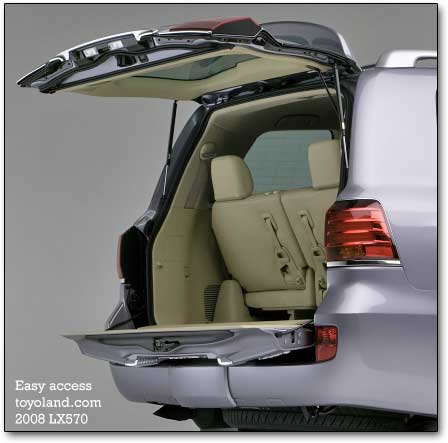 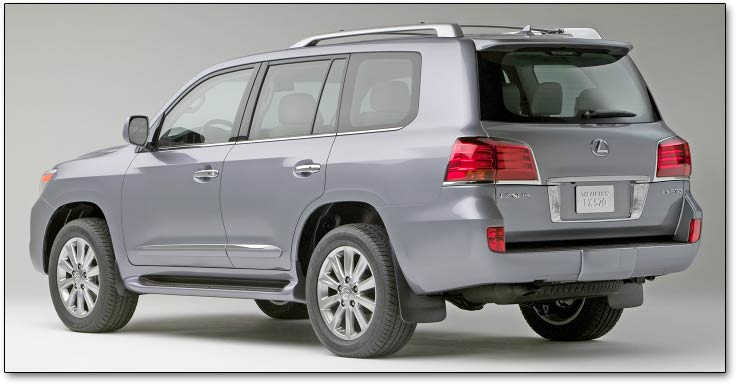 We will have photos soon.