We are just starting this page; more is coming.

The new K120 CVT is a continuously variable transmission; it cleverly combines the usual bands with a special launch gear (the world’s first launch gear in a passenger-car CVT) as well, because CVTs are not efficient in lower gear ratios. When drivers start, they will have “gear drive,” avoiding a moment of sluggishness and wasted power. It moves from gear to belt drive after launch, so the belts can be retuned for higher gear ratios, increasing the range. 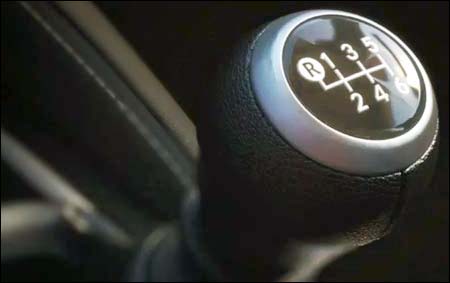 Combined, the two systems bring an excellent, class-leading range of 7.5 — similar to much more expensive nine speed automatics. Reducing the torque load of the belt meant that the belt and pulley could be smaller, increasing shift speeds. The transition is a little awkward for some drivers, but one gets used to it.

The A240E was developed for the 1989 Toyota MR2 and upgraded to the A241E in the 1993 MR2; engineers worked to make it smaller and lighter for the Corolla, whose power-handling needs were not as severe as the MR2’s. The result was the A245E. It kept the four speeds and lockup torque converter; the latter, developed originally by Chrysler some years earlier, provided a direct mechanical link between engine and rear wheels, avoiding the waste of using oil to transmit power. Both A240E and A245E transmissions were electronically controlled (hence the “E”) and quite advanced for their time.

Specific changes made to create the A245E from the A240E were:

The planetary gear units were similar, and were modified to work better with the 7A-FE.

Electronic Control for the Transmissions

The electronic control system for the A241E (1993 MR2) and A245E (1993 Corolla) were similar except, as noted, the second speed sensor was dropped (so the #61 diagnostic code was removed) and the throttle valve opening was divided into 32 positions, up from eight, for better shift control. Diagnostics were the same for the two transmissions.

These likely continued long past 1997. We will determine the true start and end dates later.

The C50 and C52 manual transaxles carried forward to the 1993-97 models; the shift lever moderating mechanisms from the old four wheel drive models was made standard on the front wheel drive cars for a better feel. The C52 had launched in the 1991 Corolla with the 4A-GE engine. The same transmissions were used in other cars with the 4A-FE and 7A-FE engines.

The dry, hydraulic single-plate clutch was used in past cars, but added a resin-washered damper (first used in the 1993 MR2 and 7A-FE equipped Corollas) to reduce noise. When used with the 7A-FE in the Corolla, a turnover device in the clutch pedal assembly reduced pedal load, unless drivers had antilock brakes or the theft deterrent system. The mechanism for cutting load was an overcenter plate and a tension-type coil spring.

The prior generation Corolla’s “type A” shift lever moderating mechanism continued in 1993-onwards Corolla wagons; a new one, type B, was used in sedans. The construction was updated but both had similar operation. The detent shaft in type A was replaced by the shift lever in type B.