The original 118-horse 2.4 liter 2RZ-E engine was used in vans only; it was a single overhead cam engine, with two valves per cylinder, and shim-over-bucket valve adjustment. More common was the 2RZ-FE, which had electronic fuel injection, a 9.5:1 compression ratio, and output of 142 hp and 160 lb-ft of torque. The bore and stroke were 3.74 x 3.39; and this version had four valves per cylinder, driven by twin overhead cams. Valve adjustment remained shim-over-bucket, and if the valves were off, the pistons could hit them (interference design). Despite its size, it did not have balance shafts. This engine spawned three China-only designs, the 4RB series; it was used in the Tacoma/Hilux. 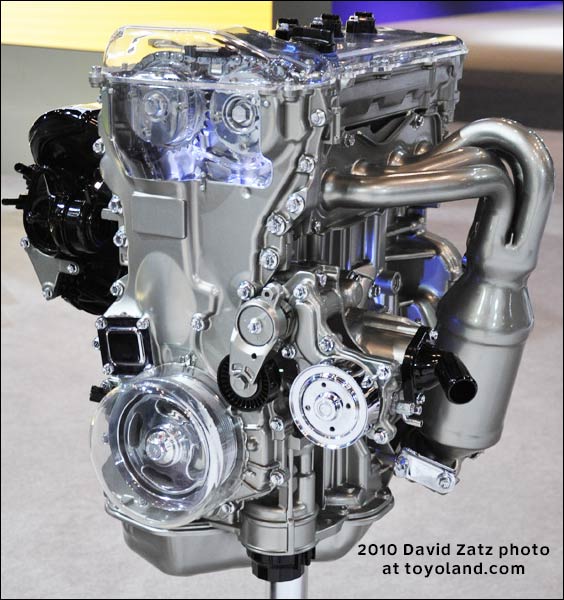 The Toyota 2.7-liter four-cylinder engine was a 16-valve design with dual overhead cams, one for intake and one for exhaust; each cylinder had four valves. The engine first saw duty in the 1995 Tacoma/Hilux, was added to the 1996 4Runner (Hilux Surf), and, with major changes, joined the 2009 Highlander. It was used through 2011, and had few changes during that time. Like its predecessors, it was an interference engine.

The 3RZ-FE 2.7 used a dual intake manifold and dual variable valve timing to control phasing of both the intake and exhaust camshafts; that also broadened the torque curve.