See the rest of the R-series. Launched in the 1975 Celica, Corona, and Half-ton Pickup, the 20R engine used a semi-hemispherical head to optimize both fuel-burning and power generation at high rpm; it was, however, designed to meet and beat emissions standards as well, without the power-sapping add-ons other manufacturers were resorting to. A full-on “Hemi” (to use the Chrysler trademark) head would have had some emissions issues, but the semi-hemi could make the grade. 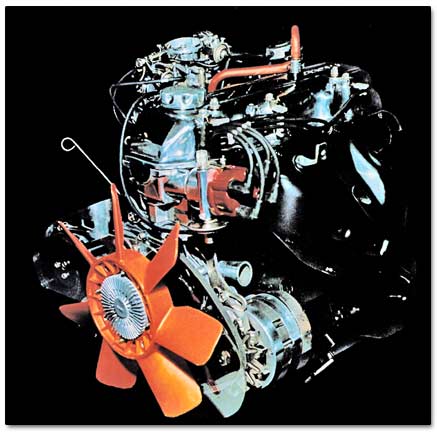 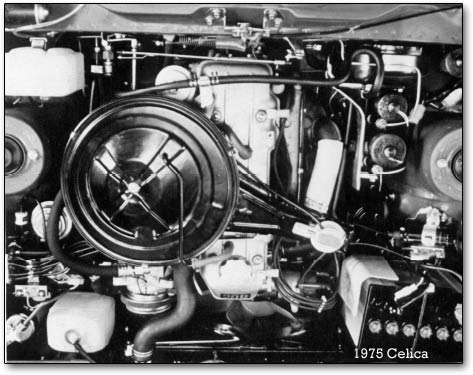 Externally, the 20R used an electric fuel pump (still unusual at the time) for steady fuel delivery and to avoid vapor lock. The two-barrel downdraft carburetor had a coolant-driven automatic choke, for more even operation. The engine itself had a chain-driven single overhead cam driving two valves per cylinder (eight total).

The 20R had electronic ignition from the start; the first engine with electronic ignition had been sold in the 1971 Chrysler line, and in 1975 it was still relatively unusual elsewhere. Cars and trucks with the 20R had a larger, more efficient three-row radiator core and seven-blade viscous-driven fan to prevent overheating.

Because of its new design with emissions in mind, the 20R engines required “less tubing and plumbing” and fewer moving parts, yet emissions were well within regulations when introduced in 1975. Part of the improvement was in the air injection system itself, which was still used. A catalytic converter was used on Corona and Celica in the United States, but not the half-ton, which could use either regular or low-lead gas; the cars, due to the converter, had to use unleaded (but regular unleaded). 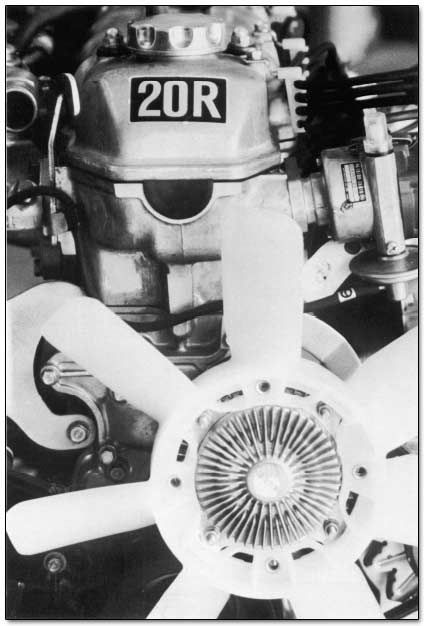 Toyota claimed more usable power than with the 18R, because maximum torque was achieved at about 55 mph in fourth gear (which was a function of both engine and gearing); and claimed that the 20R was simpler, more durable, and easier to maintain than the 18R. 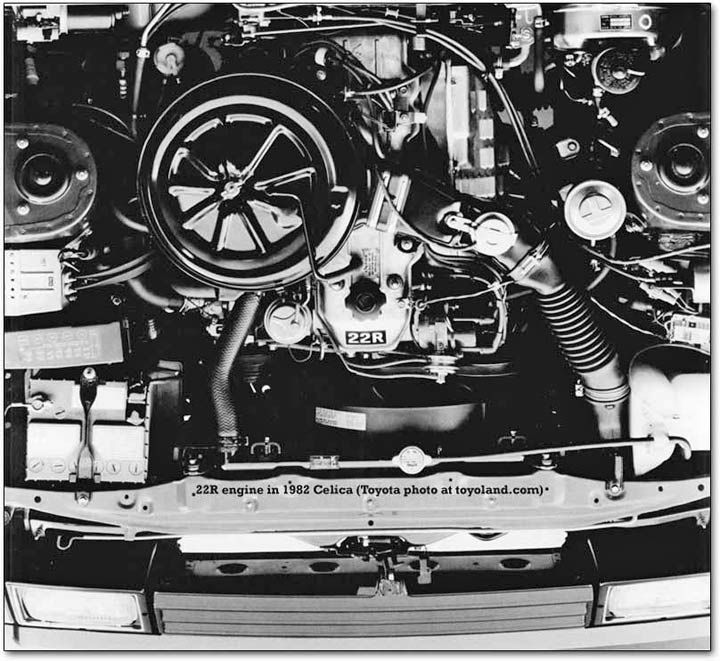 The 20R was coupled to a five-speed or four-speed synchromesh manual transmission, depending on model, or (again, depending on model) a three-speed automatic. The clutch diameter was 8.8 inches regardless (only Corolla and Land Cruiser got different clutch sizes in 1975; neither used the 20R). Gear ratios, as of 1975, were: