The LF-A sports-car concept was originally shown at the 2005 NAIAS. The goals for the new LF-A remain the same: to build a unique supercar.

The styling, rooted in the “L-finesse” design concept is similar to its predecessor, but with greater use of curved surfaces and more intricate details. 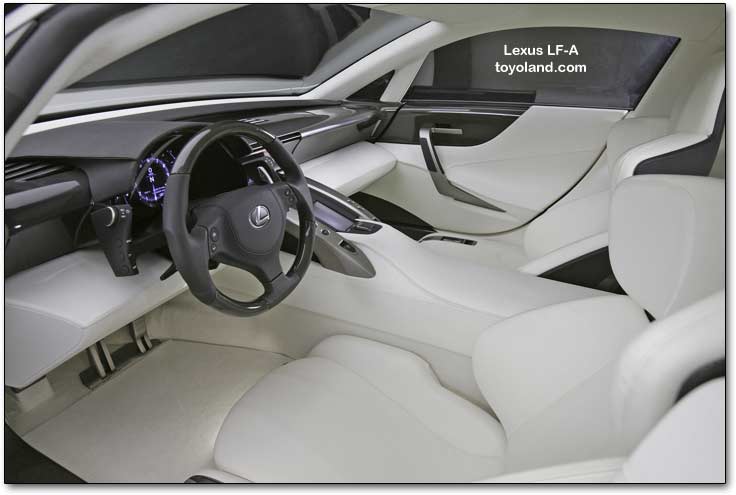 The new LF-A keeps the V10, 500-horsepower engine of the original, and its mid-engine placement and rear-mounted transaxle and radiators provide more even weight distribution.  All these features combine to make a top speed in excess of 200MPH possible. 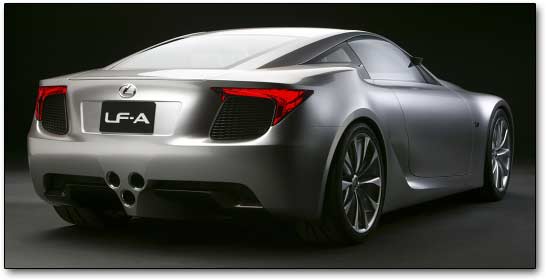 Bob Carter said, in speaking of the LF-A’s future, “The first LF-A was a pure concept, but one that we went so far as to conduct engineering analysis on. This latest concept is much closer to a vehicle that we would bring to market, and one in which we will be gauging consumer interest.”