Return of the supercar: 2019 Toyota Supra

The original Toyota Supra ran from 1979 to 2002, starting out as a mildly improved, 112-horse Celica, and ending up as a 320-horsepower Corvette challenger. It is returning in two forms, as a NASCAR racer and as a sports car developed in tandem with BMW — which bodes well for its performance credentials. The two are unlikely to share any parts, but they should have similar appearances, so the race version provides a hint of what is to come:

The new Supra will enter the NASCAR Xfinity Series (NXS), joining Chevy and Ford. Its first race will be at Daytona, on Saturday, February 16, 2019.

The race version comes via TRD USA and Calty Design Research, who collaborated to create the 2018 Toyota Camry that won the 2017 NASCAR Cup championship. Toyota has fielded the Camry in NXS competition since 2007, with four manufacturer championships, two driver championships, and 143 wins. The 2019 season marks the first year Toyota will field a different model in all three of NASCAR’s national series – Camry at the Monster Energy NASCAR Cup Series, Supra in the NXS, and Tundra in the NASCAR Camping World Truck Series. The prior Supra was a dominant force in Super GT competition and a contender in the IMSA Camel GT Series in the 1980s, with two appearances in the 24 Hours of Le Mans in the 1990s.

More information on the production version will be available... when it is. In the meantime, take a gander at the original Toyota Supra. 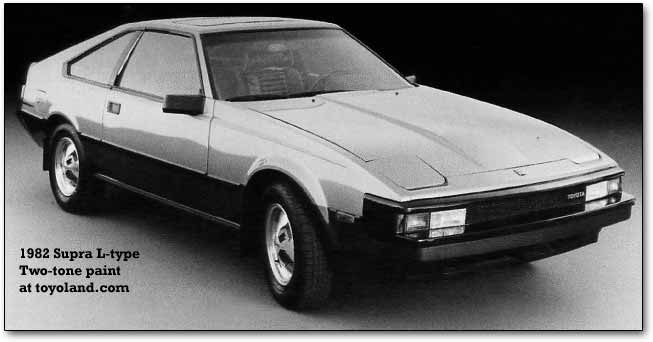